Samuel Davis — My first test of selecting a few hundred thousand records worked too fast, which initially gave me the impression something was wrong. Upon checking, everything seemed to be fine 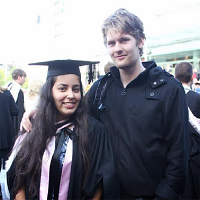 A year ago I offered to provide a testimonial. Unfortunately I completely forgot about this until now. I’ve attached a picture of me as requested.

As if the driver crashing our entire program wasn’t bad enough — occasionally it would return nulls for the first column returned. There was no consistency for these errors and it was impossible to tell what the cause was without debugging into it.

Luckily a workmate referred me to IBProvider. I was designated to test the IBProvider alongside another third party driver. The other third party driver was tested first. It threw errors all over the place, but didn’t seem to throw any access violations. My decision seemed to be heading towards trying to decide which was the lesser of two evils. With little hope left that we would ever get InterBase responding in an efficient manner, I gave IBProvider a shot.

My first test of selecting a few hundred thousand records worked too fast, which initially gave me the impression something was wrong. Upon checking, everything seemed to be fine. I threw a few more tests at it which had crippled the other two drivers and it seemed to work lightning fast without fault. Eventually I got through every single one of my tests without a single issue.

We switched drivers a year ago and still have not come across a single problem with IBProvider. IBProvider has saved the us thousands of hours of development time that would have been required to switch databases without the proper framework in place.